My name is Coleman Kerr and this is my first year being at Egypt! I am going to be a sophomore at Southwestern University where I study business and also play football. I grew up at a christian camp it has been amazing to be apart of another one this far away from home. It gives me hope realizing there are so many people who love Jesus half way across the world.

Along with Hayden and Anna I am coaching Ultimate Frisbee. Like Anna said, we have SOO many campers. Learning everyone’s name may take a day or two more, but I enjoy the challenge. It is so rewarding to see the campers improving on their frisbee skills with just two days of practice.

Day two was full of excitement because it was our first full day of camp with the campers. Together as a camp, we played a game called survivor where cabins had to compete against each other at different games across the camp. The game I was in charge of go a bit muddy. Campers had to crawl around in a mud pit completing obstacles and eventually had to throw a ball in a container up in the air. To end the day, the cabins participated in something called Cross Walk. Each cabin had to carry a wooden cross together in laps around the camp. Even though the cross was heavy, that isn’t what they were focused on. They concentrated on, as a cabin, getting the cross where it would be put into the ground in the center of camp regardless of the weight on their shoulders. I love how we all got to think about how Jesus felt when he had to carry his cross to calvary when he also was not thinking about the weight on his back but instead completing his mission here on earth which was to be nailed to that cross to take on the weight of our sins.

I have only been in Egypt for a week and only been with campers for a day and a half, and I can already see how God is moving throughout camp. He is more present in this place than I ever could have imagined, and I am so excited to see how lives here are eternally changed. 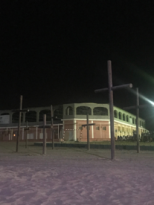 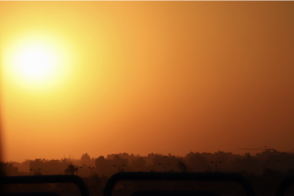